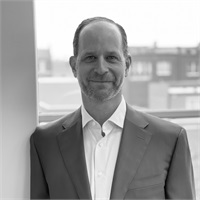 Brian Stern serves as co-founder and President of Farpointe. He consults with advisors on operations, business development and compliance, and manages mergers and acquisitions for Farpointe and its affiliated advisors.

Brian most recently served as general counsel and corporate secretary for Cetera Financial Group. Prior to joining Cetera, he served as general counsel and corporate secretary for HD Vest Financial Services, and served seven years as senior company counsel to Wells Fargo’s Wealth Management Group. He also previously served as associate general counsel for corporate and compliance functions at American General Financial Group, Senior Counsel in the Enforcement Division of the U.S. Securities and Exchange Commission (SEC), and as counsel to former SEC Commissioner Cynthia Glassman.  After law school, Brian clerked for the Honorable John M. Walker, Jr., on the United States Court of Appeals for the Second Circuit, and began his career as an associate at the law firm Debevoise & Plimpton.

Brian lives in Southlake, Texas, with his wife, Ashley, and their two children.

What is the most valuable lesson you’ve learned in your career?

You have to have core principles that you will not compromise no matter what.

What excites you most about your business?

The personal relationships we develop. The best feeling in the world is when the people you work with become your friends. We spend a good part of our lives working, why not have fun?

I never swam, biked or ran for distance when I was younger, but I recently completed my first triathlon after turning 50.  It was a challenge but I had fun and met some great people along the way.